Why solar and batteries are only part of the solution 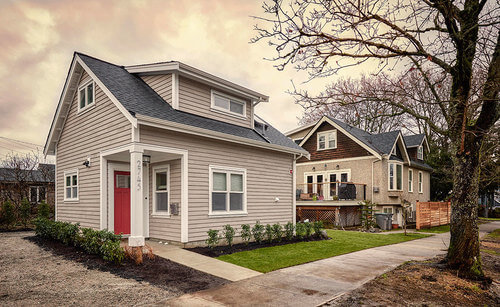 Transitioning to 100% renewable energy is a wicked problem, both at a household and national level. How do we meet 45 Gigawatts of power that the Australian grid needs? How does it get its energy overnight and when it is not sunny and windy? The answer may be, how do reduce that power requirement to 25 Gigawatts, and overnight requirement to even half that.

How technology and efficiency complete the energy independence puzzle

A couple of weeks ago someone from a Chinese manufacturer contacted me on Facebook promoting a solar street light solution. It was out of the blue from someone I don’t know. Not only am I not in the market for street lights right now (or possibly ever), I was very cynical of the concept.

I actually have some experience in the area. Everytime I drink red wine with my dad, I learn of a new job he once did. From geoscientist to mechanic, from chemist to fisherman. In the late 90’s he did some work for the Melbourne Ports maintaining their channel lights which were solar and battery powered. This led into some work installing solar street lights in a few housing developments.

I helped him with some labor work on a couple of these, forming and pouring concrete footings and erecting the poles. The housing development wanted them as part of a sustainability initiative, but scratch beneath the surface, and it was not much of a solution. Back then in 2003, the panels were inefficient, expensive and heavy, and the cost of cleaning and maintaining them would probably be more than the value of the electricity they produced.

Ironically, the solar PV panels produce power during the day, and the lights needed grid connection to turn on at night. If the goal is to generate more renewable electricity to reduce environmental impact, then it would have been much better to spend the money on wind generation or rooftop solar.

But, I have given the Facebook spruiker’s product a bit more thought. This particular solar street light included an integrated PV panel, battery and light all in the same case that attached to telegraph poles.

Additionally, now with LED lights, you only need a small fraction of the power for lighting. Actually, some LED street lights use 90% less energy than older street lights. This changes everything.

Coupled with technology improvements and cost reductions in batteries, you could cost effectively and very practically have a small battery that could power an LED street light for days. Coupled with a small high efficiency PV panel, and voila, solar powered street lights.

It has huge potential. In many areas of our cities, towns and suburbs, street lights have their own electricity network. It’s a whole second network. Not only could you save on electricity use with this integrated off grid product, but you would reduce costs of new poles and wires and pits and pipes, and the maintenance costs of existing infrastructure. But there are broader implications. This street light example shows, that technology and efficiency can achieve energy independence, for households, businesses and entire towns.

In this case, sure, solar and batteries make a stand alone street light technically possible. But efficiency, and in this case LED lights, make it financially and practially viable. LED lights use a fraction of previous light technologies, sometimes as little as 10% of the power. That means only a small solar panel and battery is required. If a 10 times bigger solar and battery system was required, the stand alone street light would cost many times more, and physically may become quite unsuitable. Efficiency is the key.

For households, you can get a big solar system now for $7,000, but to add a decent sized battery will cost around $10,000 or more. And a house like ours, spending around $1,600 per year on electricity, it is unlikely to have a payback under the warranty period of 10 years.

What if all our appliances used only 50% of the electricity of our current appliances? Or even 25%? If our lighting, heating, hot water, refrigeration was much more efficient, it could mean that a modest solar and storage could service most, or maybe all of our needs. Then we may only need a $5,000 battery to meet most of our needs. Again, efficiency is key to unlocking this.

And the same applies to our broader grid and energy system. While it is encouraging that we are finally building more renewables, imagine if nationally we reduced our energy consumption by 50%. Not through making sacrifices to our lifestyle, but through adoption of more efficient (and better) technology and practices. For example, we have 2,000,000 street lights in Australia, of which only around 10% have been swapped to efficient LEDs.

Solar and now storage is growing quickly and I think solar will become a dominant energy source for Australia. This example shows that energy efficiency is a key part of a future solution, where electricity costs are affordable and renewable.