Consumption Monitoring – How to unlock your solar potential 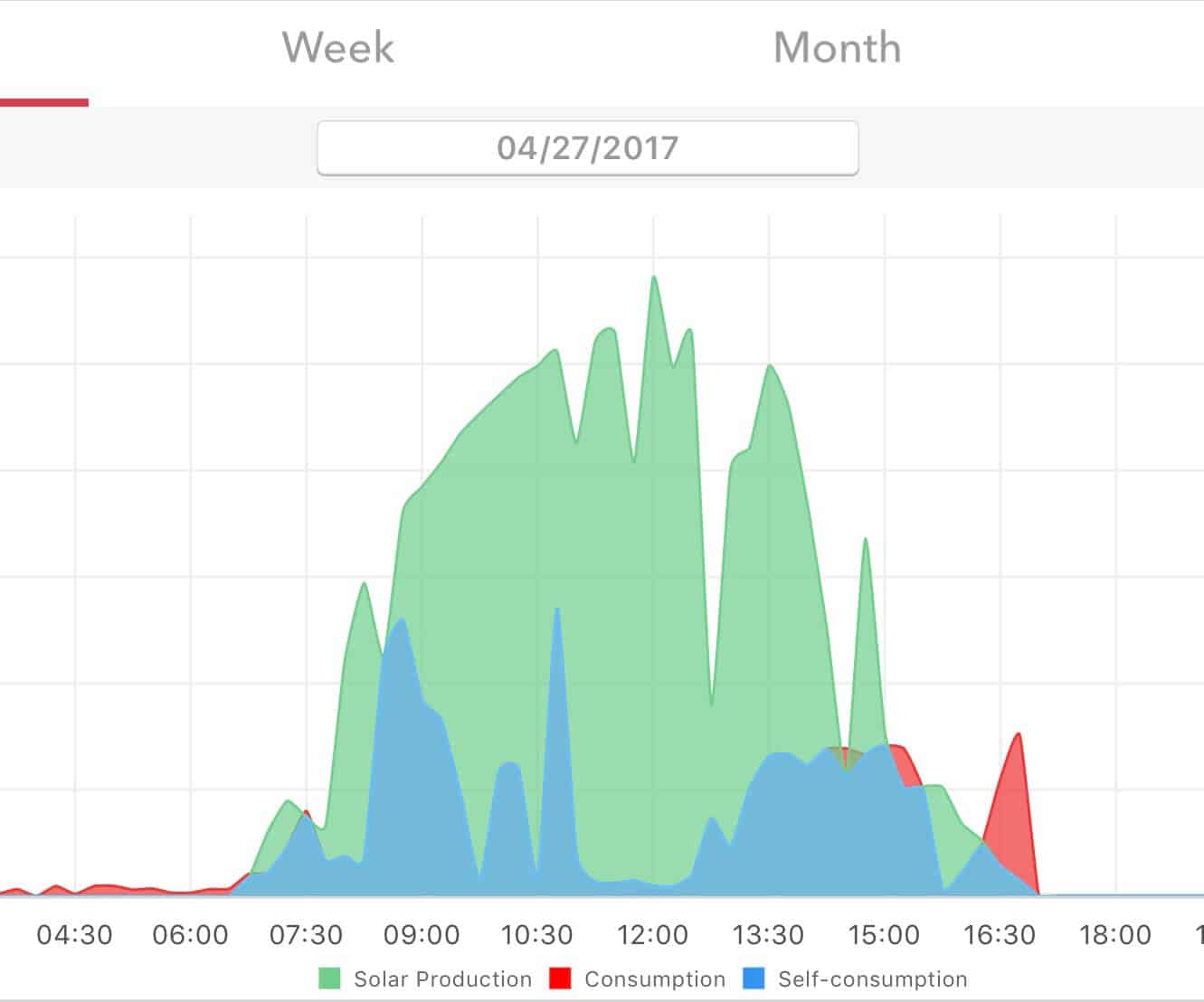 If you’ve participated in the Sunny Shire community solar bulk buy, you’ve probably had us recommend consumption monitoring. We’ve even had a couple of people reply ‘yeah, we get it!’!

The job of the inverter as part of your solar system is to convert DC (Direct Current) electricity produced by your solar to usable AC (Alternating Current) for powering your home and supplying to the grid. Inverters also manage voltage, providing the solar power at a slightly higher voltage than the grid supply, to ensure it flows to the grid rather than backwards.

The inverters we include in the bulk buys, Fronius, Solar Edge and SMA, all include solar production monitoring, which is accessible via an online portal or via a phone app. Good monitoring should be: easily accessible; and real time, to ensure it is engaging and you will make the most of it. Most of us don’t want to download historical data and analyse it in a spreadsheet.

But we really recommend paying extra to get consumption monitoring. Here’s why:

It puts your solar production into context

I have worked in energy for 11 years, and know my kWh’s from my kW’s, and my Megawatts from my Gigawatts. But still, looking at a solar production graph does not have much meaning to me.  Compare the graph on the left and right:

Maximising the use of your solar

How much your solar saves, and how quickly it pays back, depends on how much you use your solar. You can get 12 c/kWh credits for solar you feed back into the grid, but you can save over 30 c/kWh by reducing your consumption from the grid. When we get solar, many of us try and run more appliances during the day, like hot water and dishwasher. Check out how Jay has managed to utilise his solar well, seeing 78% of his electricity use supplied directly by his solar system.

And to think, over the years 3 solar companies told him he couldn’t get solar due to shading. Now his house has undergone a solar transformation!

Assessing whether a battery is worth it

When you have consumption monitoring, you get the following statistics for daily, monthly and annually, included:

Prior to getting a battery, we were using 2-4 kWh per day from the grid on average. We use around 10 kWh per day, and we had switched most of it to be solar supplied.

Considering most batteries are 10kWh or more, we knew that getting a battery was not that necessary. If there were cheaper batteries on the market that have smaller capacity, that would have been a better option. That said, we got a 10 kWh battery. But at least we went into the investment eyes wide open.

It is great that most new inverters come with great production monitoring systems that are real time, and accessible in the palm of your hand. Just like one can debate if a tree falling in the woods, and no one hears it, does it really make a sound: If you have solar on the roof, but you have no idea what it is producing, is it really there?

But we think consumption monitoring is crucial for getting the most out of solar. It makes your monitoring more engaging, and informs you to make other changes to your house to make you more efficient and make informed choices about the future.

Despite working in energy for 11 years, it has also been a remarkable learning for me about how household energy works, and how this applies to the broader grid. Actually, I wonder how regulators, investors and policy makers make energy decisions if they don’t have solar & consumption monitoring at home!

One warning though, as we found and many Bulk Buy participants have told us, solar & consumption monitoring is addictive!

How can you get consumption monitoring?

Some inverters have consumption monitoring as an option, like Solar Edge, Fronius and SMA. You generally have to pay around $600 more for this option, to cover the extra components.

If you already have solar:

For both of the above after market options, you can ask the solar company for a quote.