How I justified getting solar on a partially-shaded roof 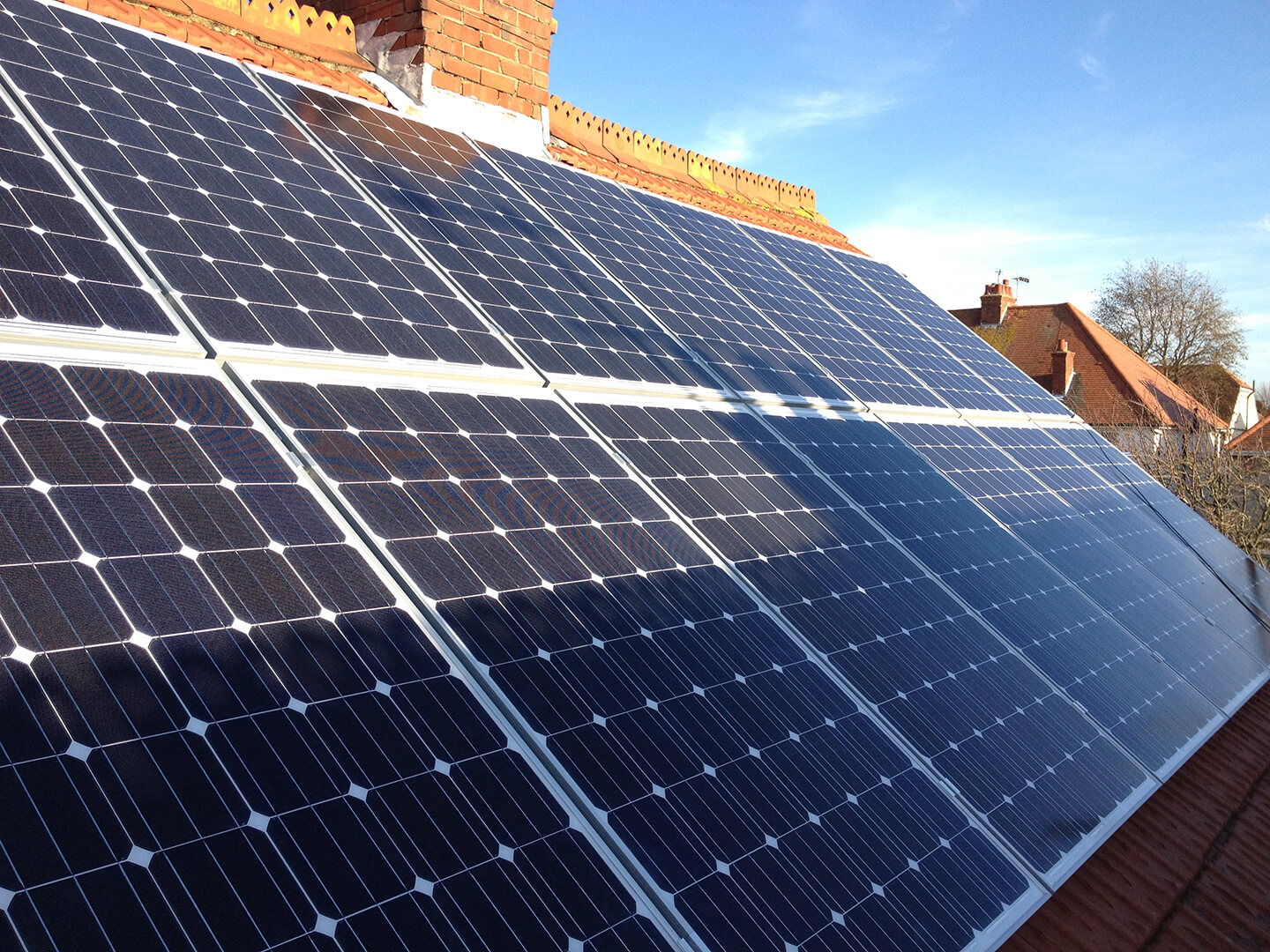 UPDATE: results after the first year are described in this post: One year with partially-shaded solar

Some years ago I was told that our roof was too shaded to get solar. This post explains how, given advances in solar equipment, I analysed the impact of shading and was able to justify going ahead with solar.

Like many living in the Sutherland Shire I’m lucky to live in a home surrounded by large gum trees. We love the trees but the shading they create on the roof poses a question about the feasibility of installing solar. The house has a large rectangular roof and is aligned roughly north / south, so the large roof areas face east and west. Here’s how it looks from space:

The trees shade the roof to varying degrees and in different places during the year, and the small roof area that faces north (the best direction for solar panels if you live in the Southern Hemisphere) is shaded for a large part of the year. Most of the shading comes from a row of large trees to the north. In the middle of winter the roof is almost fully in shade but for six months around summer it is almost fully in sun. The panels would probably need to face west, located at the southern end of the roof.

About eight years ago I walked into the office of a local solar company and made a casual enquiry. The guy behind the counter entered my address into nearmap, an online service that provides high-quality, recent satellite imagery to paid subscribers such as solar installers. Using this tool he looked at images of my roof from different times of the year.

“Bad news” he said. “Too much shading. You can’t get solar. Sorry.”

When a guy who makes his living selling solar refuses to sell you solar because of shading, you tend to listen. So I walked out disappointed and resigned to the fact that we couldn’t get solar at our place.

Fast forward to 2016 and I start hearing about “micro-inverters” and “DC optimisers” how they help with shading on solar panels. I also hear that west-facing arrays are in fashion because they generate high output in the late afternoon on those scorching summer days when everyone (myself included) gets home from school or work and cranks up the air-conditioner. It also coincides with peak electricity tariffs for those with a time-of-use meter.

We also had a tree removed that was threatening to fall on the southern end of the house. This tree caused some shading during summer.

So I start thinking: maybe there’s a chance we can get solar? But how do I know if it’s worthwhile?

Our household’s main motivation is environmental. Economics are secondary, although still interesting. We are primarily interested in how much total energy (measured in kilowatt hours – kWh) a system would produce each year. Every kWh produced by rooftop solar displaces one kWh of predominantly coal-fired energy from our grid. Whether we self-consume that energy in our home or export it to the grid doesn’t really matter from an environmental perspective: in both cases it reduces the amount of energy the grid needs to produce. This means it doesn’t really matter if our rooftop solar produces very little energy at certain times of year – as long as the annual total is enough.

If a system on our roof produced a total annual output of, say, 50% of an unshaded array in the same position, is that enough to justify going ahead?

According to this article on RenewEconomy, the energy payback period for solar panels is 2 to 3 years:

This means it takes 2 to 3 years for a solar panel to generate as much energy as it took to manufacture that panel. A system with output reduced by shading to 50% would take 4 to 6 years to repay the energy used to produce it, instead of 2 to 3 years. From that point on the energy produced would be “free”. Since solar panels should last twenty years it seems to add up environmentally.

So how do I work out how much the shading will impact the output of a system on my particular roof?

I started taking photos of the roof at different times of the day and different points of the year.

Turns out it’s difficult to remember (not to mention inconvenient) to take a photo every two hours on one day every month for a year… so my data set was incomplete. But I managed to take quite a few photos during the six months around summer and they all showed very little shading. This gave me hope…

I tried setting up a GoPro on the garage roof pointing at the house and taking a time-lapse movie, like the ones you see on natural history documentaries. After it sat up there for an hour doing its thing I realised that the camera was going to be in full sun for the whole day, which is probably not a camera’s favourite environment to be in. So I gave up on that approach.

I heard about a device that some installers use to check the shading at a site. It’s called a “SunEye”.

This device takes a whole-sky image using a fish-eye lens, which can be transferred to a PC and analysed with special software to provide an estimate of the amount of sunlight that will reach the observation point over the year. But it is an expensive device and not all installers use them.

I spoke to an installer and he mentioned there are smartphone apps that do a similar job, so I downloaded Sun Surveyor ($10.99 on the app store) and got up on the roof. After several minutes of waving my phone in a large figure eight to calibrate the compass (the neighbors must have been curious what I was up to), I got something like this:

You can enter any date into the app and it will display an overlay of the track of the sun over the image on the screen. By moving the phone along the track of the sun I was able to estimate the number of hours the sun was behind a tree on any given day. I did this for one day of each month of the year, giving me a “shading factor” for each month.

I then obtained the expected output by month of a 5kW array at the location and orientation of my roof (from the excellent PVWatts site) and scaled it by my shading factor to estimate the output of an array with shading on my roof.

I can’t wait to see how the system’s actual performance compares to these predictions. I’ll post an update when I have enough data to compare.

UPDATE: results after the first year are described in this post: One year with partially-shaded solar