One year with partially-shaded solar 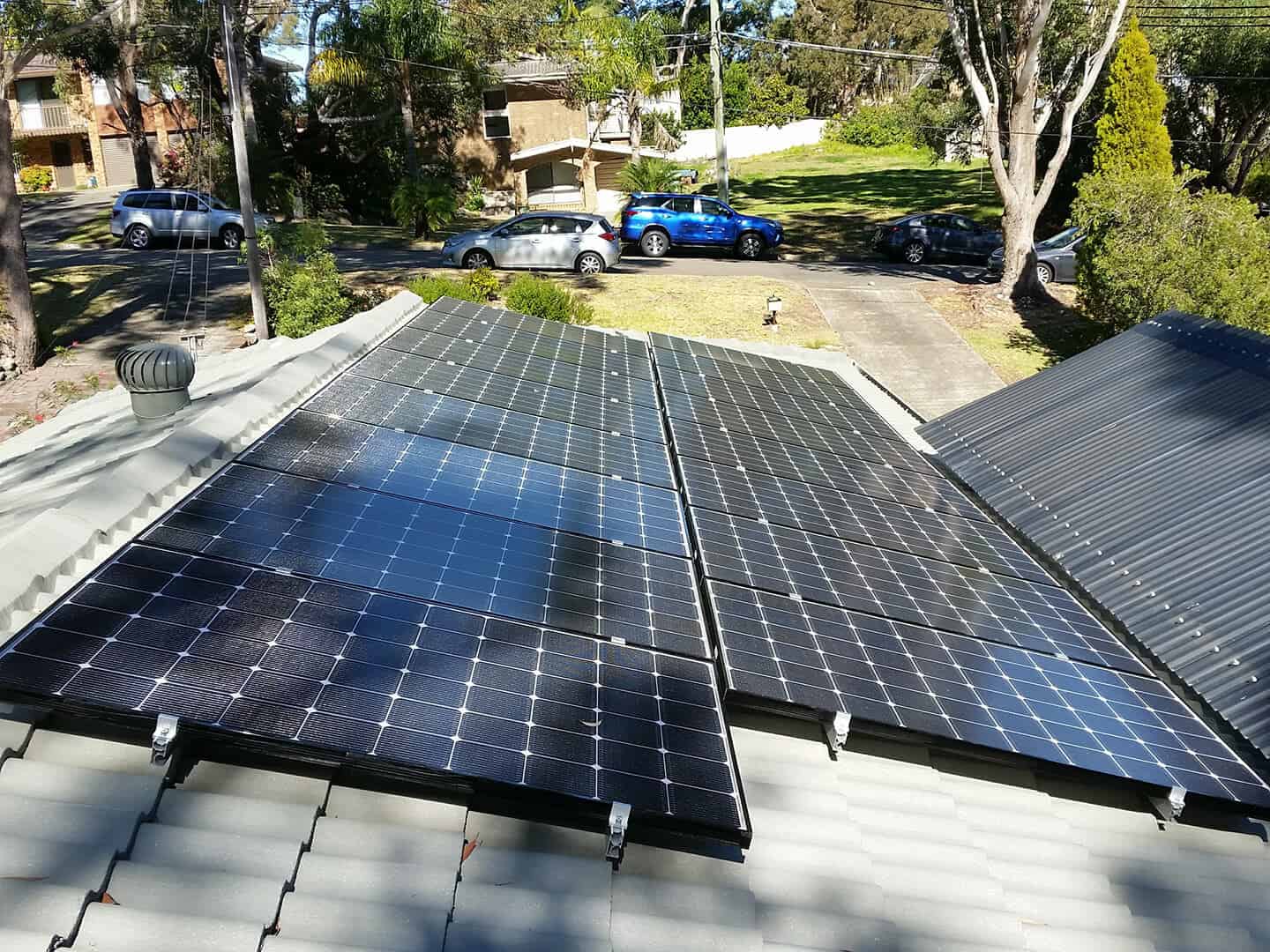 Last year I posted about our decision to install solar despite heavy shading on our roof during the winter months. It’s now over 12 months since the solar was installed and it’s time to report the results.

Overall the system production has slightly exceeded my predictions. The system produced approximately 80% of the output compared to the theoretical output from an unshaded system in the same position. My prediction was for 75%.

Summer is awesome, winter is depressing

In summer our system cranks out over 30kWh on sunny days. This far exceeds our household consumption of under 10kWh, and we manage to supply almost 70% of our consumption directly from the solar. We only import 2 to 3kWh per day from the grid, most of which is overnight.

The shoulder months (Sep – Oct, Mar -Apr) are pretty good, with over 50% of our consumption provided by the solar directly.

Winter is a different story. There is a row of trees to the north that cause heavy shading. For the four months from May to August the system produces just 3 to 5kWh per day, and is only able to supply about 15% of our consumption directly. It’s almost like we don’t have solar at all, at least compared to the summer months. It’s also the time of year when our consumption increases substantially due to heating.

Without solar our bills would have been about $1,500 for the year. With solar, the total was about $600, meaning we saved about $900 for the year. For 6 months of the year we received negative electricity bills, ie they were in credit. But in winter the solar doesn’t help much and our bills were fairly normal.

A saving of $900 per year gives a payback period of about 9 years for our system. The majority of households would do significantly better than we have, because we have such heavy shading for 4 months of the year and because our system was relatively expensive due to premium components. We are also a low electricity consumption household so we have less opportunity to save in the first place.

The above calculation was done using a fixed-rate tariff of 26c and a FiT of 12c. If we were on AGL’s Solar Saver plan with the 20c  FiT we would have saved an extra $200.

We recently bought an electric car. Assuming we are able to do some of the charging during daylight hours this will improve the economics of our solar even further.

The above figures are not estimates – they are calculated using the monitoring data from the SolarEdge system. This is possible because we have consumption monitoring.

Overall we are super-happy with our decision to go solar, despite the shading issues. We (and the environment) are receiving about 3/4 of the benefits compared to if there was no shading. The system produces more energy per year than our household consumes, meaning our household is a net exporter of clean energy. Our payback period is about 9 years, which is longer than most households, but we are still saving money in the long run.

Not bad considering we spent years thinking our roof was too shaded to get solar.

Shading analysis is not easy, and it’s important to plan carefully and have realistic expectations if you are considering installing solar on a partially-shaded roof. Many roofs would experience more shading than ours and for them solar may not make sense. Solar installers find shading a difficult issue because it is difficult and time-consuming to estimate production like I did, and they don’t want a disappointed customer. But if your roof is mostly unshaded for most of the year then solar may be a reasonable choice for you too.