Why I chose a heat pump hot water system 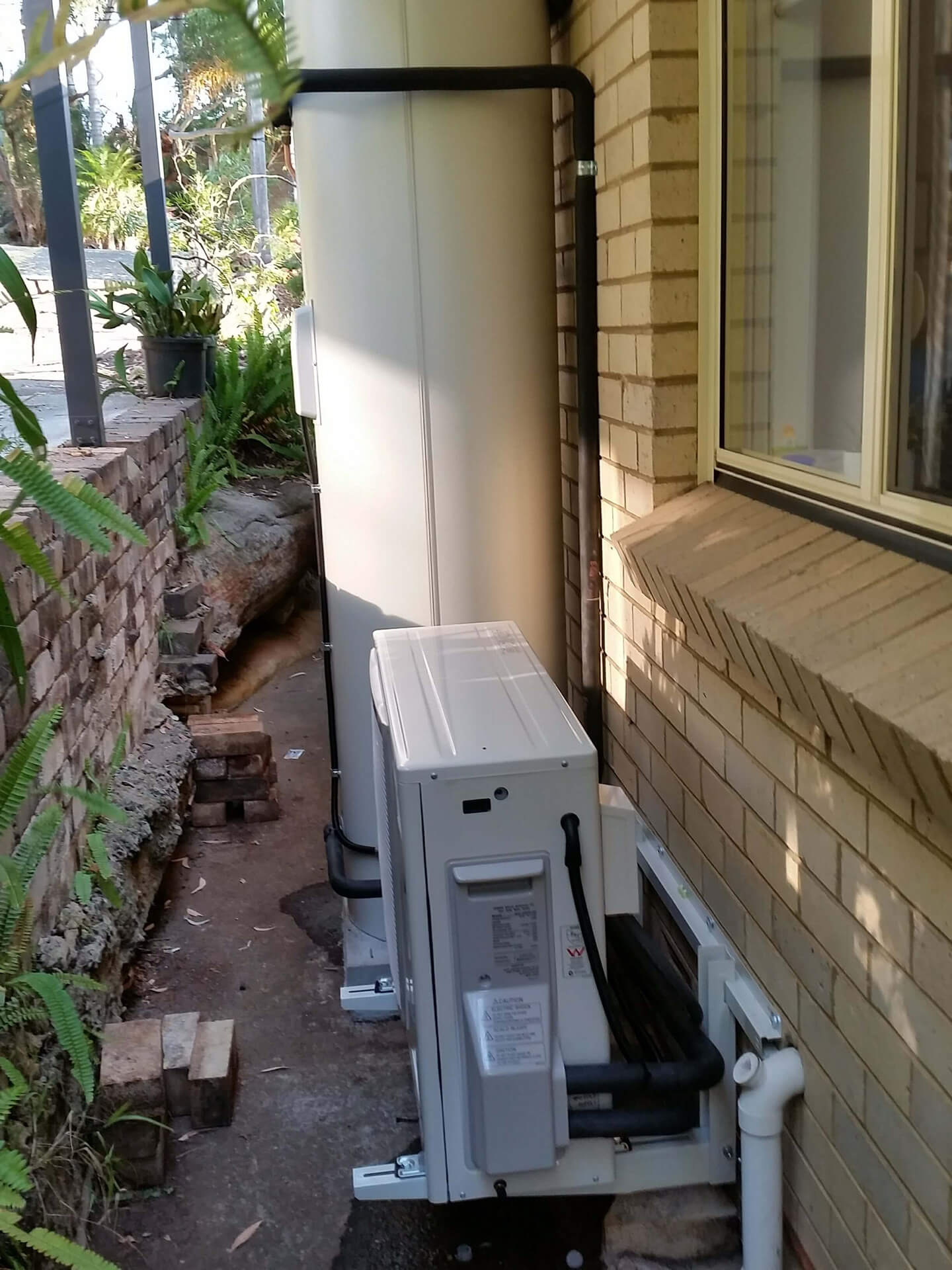 As part of installing solar earlier this year I had to decide what to do about hot water. The existing conventional electric hot water tank was 13 years old and badly rusted, so although it was functioning fine it was approaching the end of its life. What should I replace it with? Solar hot water? A heat pump? A PV diverter? Or just leave it?

In the end I decided to install a heat pump. The reasons are described here.

My motivations are primarily environmental so I was keen to chose the option that results in the lowest environmental impact overall. The options I considered were:

The problems with solar hot water, in our situation:

If I installed solar hot water I would:

A PV diverter is a device which automatically diverts excess solar power, which would otherwise be exported to the grid, to the hot water system. They are able to deliver less power than the hot water element would usually draw, eg if your hot water has a 4.8kW element but you are currently exporting 2kW excess solar, the diverter will send only 2kW to the hot water, which is cool. You can read more about them here.

A heat pump hot water transfers heat from the air into the water. It uses electricity to do this, but uses much less energy than regular hot water to generate the same amount of heat. The Sanden unit I had installed claims to use 80% less energy, but let’s say 75%. In our case it should use about 1.5 kWh per day on average.

Surprisingly, solar hot water would almost certainly use more electricity than a heat pump because of the need to operate the booster, especially during winter when my roof is almost totally shaded.

When we factor in the impact of having a smaller PV array to make space for solar hot water panels on the roof, the picture becomes clear:

From an environmental perspective the heat pump is clearly the best option. The solar hot water is the worst because the loss of PV generation due to the limited roof space is much greater than the energy saved by the solar hot water. I’d be better off sticking with the conventional hot water and getting a larger PV system.

In the end I decided on the heat pump.

In terms of noise, one reason we went with the Sanden is because it claims to be very quiet, and I can confirm that it is. It’s much quieter even than my new Daiken split system, which itself is very quiet. The compressor is mounted directly under our kitchen window. When the window is wide open we can just hear the compressor running. I’m sure our neighbours would never hear it, despite it being a few meters from their living room. In addition, because it runs during the day so it can be powered by solar the small amount of noise it makes is not noticed.

Hopefully it will be reliable enough. No matter how good the quality is I think it’s reasonable to expect it to be less reliable than conventional hot water, which has no moving parts. For such good performance, I’d be willing to tolerate an occasional issue. But not too often – nobody likes a cold shower!

I have no way to measure its power use directly, but looking at my whole-house consumption monitoring suggests it’s drawing about 1kW for about 1 to 2 hours per day. This is in line with my expectations.

The heat pump has an integrated timer which allows “blocking out” times when it’s not allowed to run. I’ve got mine set so it can run between 1pm and 6pm each day. It comes on at 1pm every day and runs for 1 to 2 hours. On most days it is easily powered entirely by the solar, as shown in the monitoring screenshot. Even on cloudy days it’s mostly powered by solar because it only draws 1kW.

Contrast this the old conventional hot water, which pulled 4.8kW and was coming on on-demand (the off-peak was disabled at my request when my meter was upgraded, in anticipation of getting a heat pump):

Rather difficult to power the old hot water system with solar!